How to choose without experience?

Oftentimes, when you’re dealing with the new and yet unexplored, you come across the stereotypes:

What croissants are doing here? The bun is always a bun if the baker is adequate.  Yes, the idea and the name were originated in France, but now, everyone can bake them. The same situation can be experienced in any market, including everything that is related to construction and repair. Estonians can make much better and cheaper sofas than Italians. A certain Ukrainian tile is better and less expensive than a certain Spanish one;   there is a Polish plumbing, with which you can equip the object better than with a similar "Austrian" one made in China. To avoid stereotypes, first thing one has to do is to figure out who, what, how, and which material is being used.

I suggest starting from Italy, and if it will be interesting, then I’ll write about something else.

Italy, a fabulous country, has always greeted us with sun, fresh bakery, and aged wine. And the people we met were nice.... weird but nice. That is why, we had to be prepared that Italian product will have "features" that the manufacturer doesn't even mention.

Say, a regular towel dryer. Not actually regular, an expensive one. The owner of the factory is very proud of the well-established production line:

- The brass is Italian, the highest quality, several cover layers.... 15 minutes later... Quality control at the packing stage, it can be connected to any heating system..... So, do you have any questions?

- Do you cover it from the inside?

- It’s just that if you connect it to a hot water recirculation system, the water from the tap will be green, because it's a brass....

Of course, you can buy a Ukrainian towel dryer made of German stainless steel, or you can buy a better quality Italian one for the same money, or a German one. But the essence is not in the alternatives but in product expectations.

Once, we had to wait three months for fancy furniture for the nursery. Fancy? Because for that money, they ‘d better be no less than fancy.  Or they should have been delivered by magic unicorns, which would then have assembled the entire set and the bed, themselves. And would have swept the floor afterwards.

Meanwhile, in the real world, the order was delivered to the central warehouse, boxed and assembled! They should have warned us about it, but they forgot.  Subsequently, the delivery truck couldn’t pack it.

When hiring a brigade of truck loaders with a truck, we realized that we would have to disassemble either the furniture or the house. Luckily, turned out that we could get by with a simple door dismantling because this is a high quality furniture after all: everything was firmly screwed and glued on top of that, and then zipped and brushed, and then wiped and polished ☺

When we finally found the key to the cabinet’s door in a bag inside the drawer of the bedside table, we were disappointed with the bed: the lifting mechanism of the lamellae couldn't close.  Whereas we were being persuaded that all there is to do is to switch the device to the "operating mode," we found marks on two gas lifters: minimum workload is 1000H. Does that mean that the child with a mattress should weigh 200 kg? The entire mechanism was replaced for free… in a month and a half..... Summing up: indeed, everything looked better than in the picture when it arrived, but the first impressions after all the nuances: Huh?! With simpler furniture, we didn’t have such issues.

The furniture is not the only example. We should mention the case with the tile. Personally, I don’t like the Spanish tile: mostly, its delivery takes longer compared to Italian (Spain is farther, of course), it has an outdated design, and it is very crooked. That is why, while we are talking about Italy, I’ll remind that you have to beware of novelties.

It's easier with new collections: introduced, couldn’t sell, removed from the production. Here, it's enough to increase the stock by 2-3% and everything will be fine. But the new manufacturer is something different. No wonder that nobody has worked with him before.

Take the case with the factory "L.".  Either in the warehouse of the factory, or in the assembly department, there works the mysterious employee F.

He could be a part-time tester at the distillery, or he could be having some issues. The factory F sent us the same order five times.

First time, they mixed the order with another one and sent the set in a different color.  The second time they sent the tile in the right color, but in a wrong assembly. For the third time, the desired color has arrived, but a part of the tile set had a different shape than it was in the order. When the right shaped tile has finally arrived, it turned out to be a defective product: the color was strange, it wasn’t in the catalogs. The fourth time the Italians replaced the entire order, and it arrived in a wrong quantity, again. The fifth time the order had 30% more tiles than needed ☺

The object was put into operation, and it turned out really cool, photography strictly prohibited, of course.

All these stories are simple and they didn’t cause irreversible problems. But the thing is that I face this every day, and for the customers who do makeovers once (not like once in a couple of year, but once) - this is the end of the world. So choose what you personally want rather than follow the stereotypes or listen to the friend’s advice. Otherwise, it is the end result will be totally unknown. 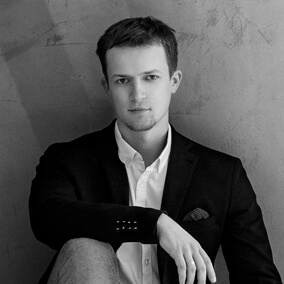 Данило Кошулинський
share with friends!
Liked the article?
All articles Next How to use white color in interior design?
Company presentation
We analyze, project, implement. And you enjoy it!
Presentation
kmdesign.write_us.title_presentation
Thanks
Created in otakoyi